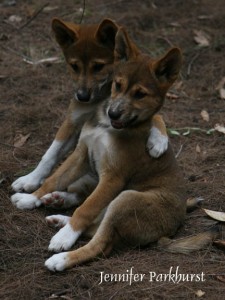 There may be times when we are powerless to prevent injustice, but there must never be a time when we fail to protest. – Elie Wiesel

If you wish to voice your protest about the injustice done to our Fraser Island dingoes (K’gari wongari), please contact these people below:

Shadow Minister for the Environment and Water: Terri Butler MP

Department of Environment and Science

Save Fraser Island Dingoes Inc. has been been fighting for many years and on many fronts to protect and conserve the Iconic (K’gari) Fraser Island dingo….Available are Newsletters and Media Statements highlighting our efforts and those of our supporters. From the SFID website:

We would like to acknowledge the support of individuals and Organisations, both Nationally and Internationally who have assisted in bringing about public awareness on the plight of our K’gari-Fraser Island Dingo.

Dingo deliberately run down on K’gari. 9 March 2020                  Social Media has taken up the cause to identify a driver who deliberately targeted and killed a dingo sitting on the beach in the Orchid Beach area around 9PM on the 6th March.

The recent bush fires on Fraser Island have left a scene of arid despair, nothing in the wake of this fire could have survived the ferocity of the flames. Tourists have vowed never to return and yet, to date, the only response from the government has been an automated reply stating “should it be required, a formal response will be sent”….hardly satisfactory considering the fear and devastion caused..

The Dept of Environment and Resource Management’s (DERM) fire management is in dire need of a review, this is not the first “controlled” fire to get out of hand, in 2009 at least 20,000 hectares went up in flames, and every year a back burn seems to backfire.

How many more years will tourist’s endure the uncertainty of DERM’s fire regime and how much wildlife will perish before the government decides to “respond”?…

The Qld State Government has finally commented on the recent disastrous “uncontrolled” fires on Fraser Island. The Environment Minister, Vicky Darling, has defended the Fraser Island Fire Management Strategy (FIFMS). In a statement released she announced that the fires are conducted to “mitigate the risk to life and property and increase bio-diversity”. This seems at odds with the fact that lives were put at risk and the vegetation will take many generations to recover.

The intensity of this fire is overlooked in the Ministers’ response and the suggestion that it will provide “habitat and sustenance” for wildlife only proves how ill-informed this government is.. The Minister seems unaware that Fraser Island is a sand Island and the “recycling of nutrients back through the natural system” will be a very long process.

Not only does the Government defend their fire regime but have gone as far as insinuating that QPWS was not responsible, this was to be expected as the Dept. of Environment and Resource Management (DERM) has a habit of blaming visitor’s and locals for its mistakes.

It seem the Minister is reciting from a well rehearsed Government publication rather than analysing the unique situation on Fraser Island and understanding the management requirements of this fragile ecosystem. The continued mishandling of fire management does not inspire confidence for the future..we wait in anticipation the result of your investigation…

Dingo Strategy has no bite…

Recent reports obtained through freedom of information suggest that the government has been misleading the public regarding the cause of aggression by the Fraser Island Dingo.

These reports, dating back to 1994 and Commissioned by the Government, clearly demonstrate that feeding is not the main cause of aggressive behaviour. In fact the reports state that loss of fear when combined with hunger, is the actual cause of problem behaviour (Price 1994) and the incidence of stalking is most likely attributed to lack of foods available.

This study confirms what scientists and researchers have been saying for years, lack of food is a major factor in causing unnatural and inappropriate behaviour. A hungry animal can become volatile and unpredictable. Constant trapping, ear-tagging, hazing and destroying of animals disrupts the pack structure which, in turn, leads to anti-social behaviour, but this is not recognised in the Dept. of Environment and Resource Management’s Dingo Strategy.

DERM was aware that limiting food sources, such as closing the dumps, would have consequences.”The dump closure…. is blamed for starvation” (Price 1994) but did not consider it of importance.

The study also discusses the fact that nipping and biting is usually provoked by visitors and that a juvenile dingo’s natural curiosity and play-behaviour can be misinterpreted as aggression. Price states, “nuisance behaviour is usually associated with a juvenile
animals playful character.” But again DERM has ignored its own findings and the majority of animals destroyed today are juveniles.

Jennifer Parkhurst, Wildlife Photographer, was fined a sum of $40,000 including a 3 year suspended sentence for feeding starving animals and allegedly causing them to become dangerous. At the time this was considered excessive, as the maximum fine for feeding a dingo is $4000, now it seems ridiculous.

DERM’s management strategy is apparently based on the observations of rangers and students during the course of their field work. Jennifer Parkhurst spent 7 years of observations but her findings were dismissed.

In light of this study questions need to be asked:

Why did DERM spend so much time and effort pursuing Ms. Parkhurst in an attempt to denounce her research when her findings were similar to those of their own department?

Why did DERM subsequently use a photograph from Ms. Parkhurst’s study on its website if her findings were discredited?

Why does DERM continue to deny that its management was not responsible for starvation of the dingoes when clearly this document shows that the strategy had a huge impact on the dingoes behaviour?

Why is the public only fined for feeding, but allowed to torment and tease the dingoes?

Why are members of the public not held accountable for their actions, such as not supervising children?

Why are juvenile dingoes still being targeted for destruction when exhibiting natural behaviours?

Save Fraser Island Dingoes Inc. will be taking these questions, and many more, to the government…

Note: Jennifer Parkhurst’s photographs were not only misappropriated but misrepresented and subsequently removed without explanation..

“DERM stated under the photo: “do not mistake this behaviour as ‘play’. It is not a game” – when in fact, it was a game and the dingoes were playing.” Jennifer Parkhurst.

The Dingo is protected in Queensland National Parks as a native species, (Nature Conservation Act 1992) and the State Government has a legal responsibility to conserve these populations and an obligation to ensure that the management of the dingo is ethical and humane.

This latest project by Qld. National Parks (DERM) of attaching tracking collars to 20 dingoes in the hope of monitoring the animals movements over the Island does not meet the above criteria.

Whilst research is needed scientist’s question the ethics of using such an invasive device and dingo experts believe these collars will be even more detrimental than the ear tags.

It is widely considered by animal behaviourist’s and the scientific community that no surveillance method should be used which is likely to interfere with the animals’ ability to function naturally, but these tracking collars will disrupt normal dingo behaviour, some animals may be ostracized or even killed by other members of the pack, the collars will also interfere with normal foraging and hunting, so how will the data collected be deemed to be accurate?

Tourists and local residents are appalled on seeing these cumbersome collars and there are many doubts as to veracity of this methodology, we ask the Minister Ms.Vicky Darling and Qld National Parks (DERM) the following questions..

What ethics/approvals have been obtained and from where?

What studies have been done to ensure these devices will not interfere with natural behaviours such as hunting, whelping, feeding pups and interacting with other pack members?

What University staff are involved and what are the credentials of those involved in this study?

Sub-adults are mentioned, what is the actual age of the animals collared?

What is the purpose of locating dens? Due to the governments past mistreatment of the animals, this is of great concern to independent researchers and residents.

There is some confusion as to how the release mechanism functions since in the past collars have failed to release. How will those monitoring know when an animal is entangled, unable to hunt or care for pups? Especially since the rangers leave the Island in the evening.

What is the explicit purpose of this research and what is hoped to be achieved?

If the results indicate the dingoes are in crisis, what will be your response?

How do you reconcile the use of these collars with your policy of regarded dingoes as “wild, native animals” that “should be interfered with as little as possible” and of “conserving the species in a near- natural environment?

Who are the real Environmental vandals?

The Hon. Ms. Kate Jones has now abandoned her portfolio as Minister for the Environment and resource Management, but before leaving she has attempted to win votes and influence people by offering incentives to the Tourism Industry this includes allowing tour operators to move from three-year permits to 15-year agreements, but operators are worried that the costs of “new best practice” might hit their bottom line. The ex Minister has also established an enforcement unit to crack down on environmental
vandals and investigate breaches of the law.

At a cost of more than $27 million dollars these enforcers will audit businesses and sites across Queensland, but perhaps the Department of Environment and Resource Management (DERM) would be better off auditing their own management practices before embarking on a crusade to save the State.

The government has an abysmal record of managing National Parks none more evident than the degradation of Fraser Island..

An internal report by the University of the Sunshine Coast (2009) on the water quality of Fraser Island found contamination in the ground water to be of serious concern and management action required.

The perched lake system is also under threat by overcrowding and inadequate infrastructure.

Marine debris washes up along the shoreline and mixed with human waste is left to rot.

This is just one example of environmental neglect by the current government.

So who is auditing the auditors? Who are the real environmental vandals? Perhaps those millions could be better spent cleaning up the governments own environmental mess?

An Open Letter to the Minister for Climate Change and Sustainability.

The Fraser Island Dingo deserves to be protected, especially in a World Heritage National Park, now defined as a “natural resource”of the Island. (Derm v Parkhurst 2010).

51 Responses to Contacts and Links