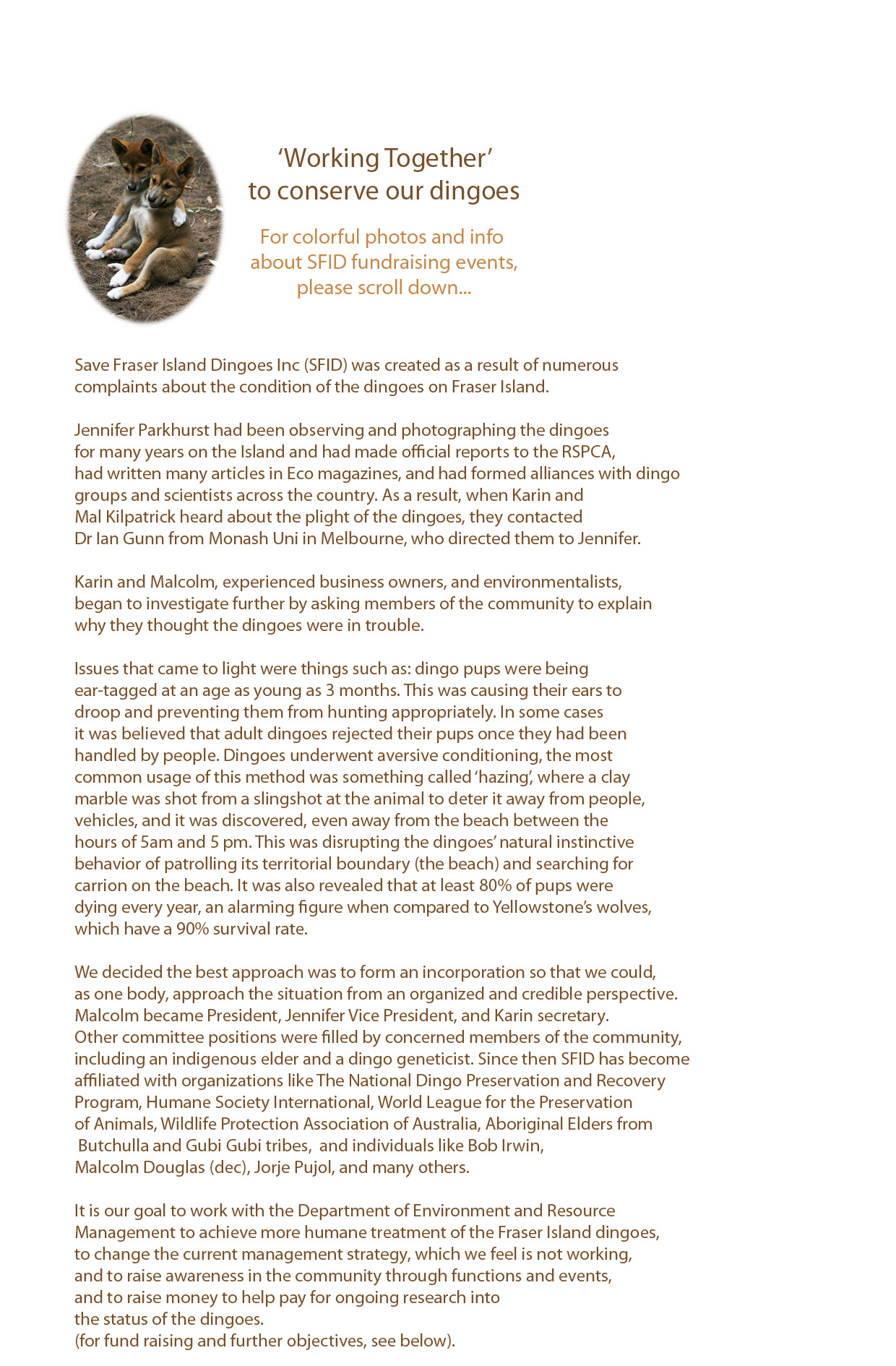 The Holiday season is a time of fun and frivolity for most of us, but for the Fraser Island Dingo it is a time of danger and death. It is a time when “nuisance” animals are trapped and culled to accommodate the influx of tourists.  The government claims this is acceptable and that culling is decreasing; this is not the case.

Ms. Kate Jones, former Minister for Climate Change and Sustainability claimed there were over 200 animals on the Island, and those claims continue under the current government, but there is no scientific research to support this theory. To have a viable population at least 80% of females must survive to maturity, and this simply is not happening.

SFID challenges the current government and those bureaucrats who sit behind their desks and make life and death decisions about the fate of these animals to witness the ”humane destruction” they have sanctioned, to witness the lethal injection of a 9 month old puppy or the rifle shot and excruciating pain and fear that is involved.

There are those that deride the “emotional approach ” as regards animal welfare issues, but compassion is central to human values and emotion and science are not mutually exclusive..we know instinctively what is right and what is wrong. The current approach to dingo management on Fraser Island is totally wrong and Ms. Jones,  Ms. Vicky Darling and others may well hold the dubious distinction of being responsible for the extinction of yet another Australian species.

We must protest loudly and clearly and the public must demand a change to the flawed and failing “management” strategy of our dingoes. If not, we will demand a change of government at the next election. See links page for current e-mail addresses of people to write to.

Fraser Island is the dingoes’ home. Those that come to the Island are only visitor’s and need to respect the wildlife and respect the wilderness and remember their actions can have dire consequences for both animal and tourist.

53 Responses to Save Fraser Island Dingoes