The greatest thing I learnt from observing the dingoes first hand was the deep affection and strong family bonds that they share. The second greatest thing was their capacity to bond with humans, their depth of loyalty towards us, their willingness to trust us, and their acceptance of us as part of their ongoing relationship with their natural habitat.

Allow your heart and your mind to become receptive for a moment to the concept that animals actually do have thoughts and feelings just like us, and don’t operate purely on instinct. It was not instinct that made Kirra continue to feed the runts of her litter, knowing that they were going to die anyway, or to specifically indulge them with lengthy sessions of affection and attention. It was not instinct that kept Kirra poised on the edge of a cliff, searching the horizon desperately for signs of her missing pups when they had been destroyed, keeping vigil for days without moving to even get food or water. It was not instinct that made Kirra leap out of the bush and put herself between me and a man who was harassing me, then continue to protect me until she knew I was safe.

The cruel occurrence of starvation, hazing (aversive conditioning), collaring, destruction of pups, removal of territorial ground, fencing, electric grids, and uncontrolled burns, threaten to wipe out the dingoes on Fraser Island forever. Yet I am constantly inspired by the dingoes’ ability to survive despite this ongoing  persecution. But they can’t survive indefinitely.

When hazard reduction burns threatened to wipe out precious den sites forever, I took one last look through the bush to photograph them. Imagine the incredible and awe-inspiring feeling of standing before an old fallen tree knowing that this was the special place a dingo chose to whelp her pups – to keep them safe; warm; to protect them; to give them the best possible start in life that she could manage; to arrange sentries for each hilltop that could watch the perfectly aligned east-west gullies for intruders; to select the entrance so that it caught the first rays of dawn to awaken her pups and make the most of the days’ light to keep the den warm while the winter chills took over the night. Mum chose the pinnacle of the hill to overlook the sea so that she could sit and watch the ocean and listen for echoes of dingoes from the next territory as they howled their stories to each other across the ether. This was the most beautiful spot within miles and I knew that the dingoes had a reason beside (but not excluding) aesthetics for choosing this place. And I also knew that this place would be destroyed forever.

Dare to remember that we humans share this earth and are the caretakers of it, and every living creature it supports. Imagine yourself powerful enough to change the situation, and then do something about it. If we permit the destruction of these magnificent wild creatures we allow the destruction of ourselves.

Say YES to a complete moratorium on all interference.

Let our dingoes live in peace on K’Gari

If you see animal cruelty with your own eyes, would it upset you and prompt you to report it to the RSPCA? Most of us do not see the pain and suffering that poisons inflict on feral or pest animals, and so we don’t think about it. Due to the incredibly painful death that 1080 does inflict, public opinion against it needs to be voiced to those in control, namely the governing bodies of your state or territory.

Most countries around the world have banned the use of 1080 (sodium monofluoroacetate) for humane reasons and its repercussions on non-target species.

Death by 1080 poison is a horrific, prolonged painful death lasting up to 21 hours. Animals scream with pain, retch and vomit, become incontinent, drool uncontrollably, froth at the mouth, have trouble breathing and become weak or paralyzed. Experts from the World League for the Protection of Animals say is not only physically brutal, but would cause terror, fear and anxiety. The RSPCA has determined that it is cruel and states: ‘It is not humane and we need to move forward’ (1)

In Western Australia, South Australia, Queensland and New South Wales strychnine is used to coat the jaws of traps to ensure the rapid death of the trapped animal. However, other states have phased it out because although it works swiftly, it is considered even less humane than 1080. Strychnine acts on the central nervous system, causing extremely painful, violent, deep, sustained muscle spasms, vomiting and diarrhea, leading to death from respiratory failure and exhaustion. Because the dingo remains conscious throughout the ordeal they ‘suffer pain and anxiety’ for the duration. (2)

As early as 1830, dingoes have been significantly controlled by Government legislation and this trend of persecution has continued to present day. Eradication programs involving trapping, shooting and poisoning; and the modern maintenance of the dingo fence, have ensured that the dingo is has been eliminated from many parts of the country, causing ecological chaos.

Baiting is indiscriminate; it affects pure dingoes as well as wild dogs. If the alpha male or female of a dingo family group is killed, the group then has no hierarchy. Dingo groups with a stable hierarchy suppress breeding in subordinate animals. When the alpha animals are gone, the subordinates freely reproduce and thus we end up with more dingoes than we started with. This is not a good solution for pastoralists, nor is it a good solution for conservationists. 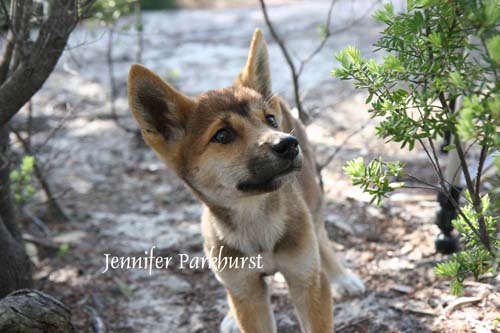 In Qld dingoes are declared a pest species which land owners and occupiers are required to control. In NSW & SA, dingoes are both recognized as a native species and also a declared pest. Dingoes in Vic & WA have some protection in national parks (which do not border pastoral lands); They are undeclared (but also unprotected) in the NT, but protected in the ACT(control is allowed on private land subject to permit). Tas of course has no dingoes and their import is banned. (12)

Natural dingo environments with no human influence are becoming increasingly rare due to the widespread clearing of forest areas to make way for pastoral lands, and urbanization by expanding our cities and surrounding suburbs. This has spelled disaster for dingoes as they are forced to either co-exist with humans (and often face control methods) or relocate and face an uncertain future. Nearly all urban and pastoral areas are now devoid of dingoes, and when a dingo wanders into vacant territories created by lethal destruction of the previous occupiers, they usually receive the same fate. Dingoes are rarely found south of The Dingo Fence and along the eastern edge of Australia, as control in these areas is rigid.  Only a few habitats remain where dingoes can roam freely including the Great Dividing Range, islands such as Fraser Island and the Kimberly Islands, some national parks and remote areas of western, central and northern Australia. 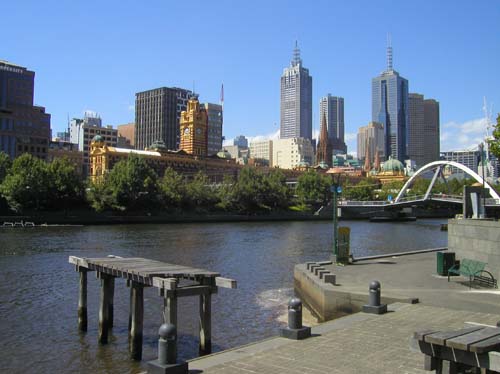 The Australian ecosystem typically rotates through cycles of boom and bust. During boom periods (particularly after heavy rains) small prey such as rabbits and native rats are plentiful and provide dingoes with ample food supply. Dingoes typically prefer these smaller mammals and rarely attack stock animals in such times. (4), (5), (6)

During times of drought, man made dams and bores are a valuable source of water to the dingo. Although drought may increase predation on stock, carrion (deceased animals also affected by the drought) is more preferred. After a bush fire, carrion is rapidly exploited and expended and dingoes may need to relocate. In these bust periods, dingoes are able to suppress breeding (either by not mating at all, or delaying mating) (7), or the amount of young, in order to maintain their numbers at a sustainable level. They may either join forces with other pack members to hunt larger prey (such as kangaroo), or split into smaller groups to hunt the scarce resources (8) or change their diet altogether depending on prey availability.

The dingo has a vital role to play within the Australian ecosystem, as a ‘keystone predator’ whose existence determines the livelihood of interrelated species. (9) As such, it is imperative they be conserved. Dingoes control numbers of native herbivores like kangaroos and emus, and introduced animals such as goats, pigs and rabbits. Dingoes also suppress mesopredators (medium sized predators) like foxes and feral cats which predate small native (sometimes endangered) populations.

Lethal methods of control should be avoided in areas important for conservation wherever possible to prevent dingoes being unnecessarily destroyed. In the meantime, captive facilities are maintaining pure dingo populations for eventual re-release programs.

Before reintroduction can take place however, the dingo has to be taken off the ‘pest species’ list and declared native fauna, which will then afford it some protection. Non-lethal controls, such as aversive conditioning, can be utilized to protect both agricultural stock and dingoes. Another effective conservation method is a compensation scheme, where livestock losses due to wild dogs are reimbursed to farmers, a far more economic method (10% of the cost) than current control techniques. (10)

Hybridisation can be managed by minimizing contact with dogs (e.g. in dingo protected areas) and neutering dogs that are likely to come into contact with dingoes. However, a moderate degree of hybridisation should be acceptable as it does not alter the important ecological role of dingoes in the wild. (11) 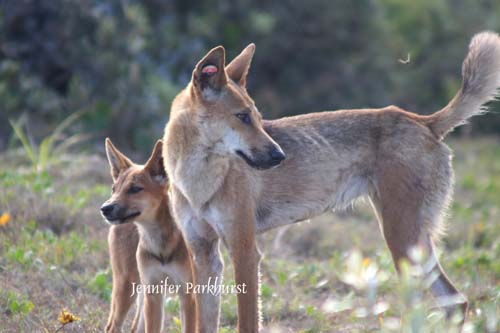