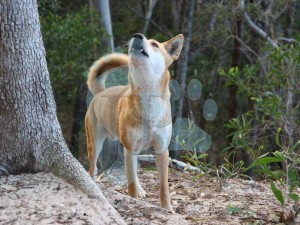 The Role of the Dingo: 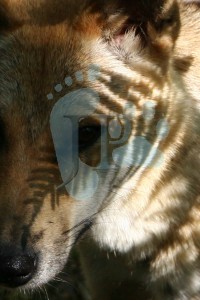 The dingo is Australia’s top-end carnivore predator and as such plays a keystone role in maintaining our ecosystem. The dingo has been in Australia for approximately 5,000 years, and is by definition and law a native Australian animal. The dingo is not a dog, even though it looks like one. Dingoes have different DNA to dogs, different skull morphology, and different breeding cycles. They also do not bark, though they make a similar sound. Dingoes howl, woof, whine and snuff; an endearing vocalization which expresses curiosity.

The dingo has been present on Fraser Island for thousands of years, and so when you visit Fraser, be aware that you are entering dingo territory and that the animal has more of a right to be here than you do.

The Diet of the Dingo:

On the island, the main food source for dingoes is bandicoots, echidnas, and goannas as well as other small mammals and marsupials. Dingoes are also scavengers, and take advantage of food that is left behind by people. 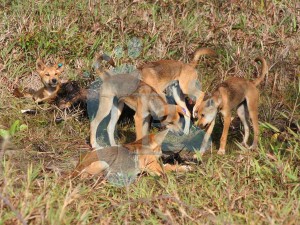 Why are Dingoes on the Beach?

While visiting the island you may see dingoes walking along the beaches. 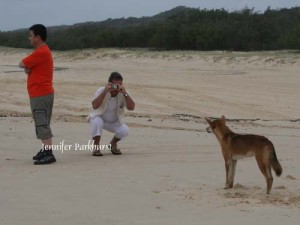 Beaches are the outlying margins of the dingoes’ territories. An important part of a dingo’s life is to patrol its territorial boundary each day, to scent-mark the border so that other animals know that this area is inhabited and taken. While doing so the dingo also searches for carrion such as beached turtle, dolphin, or dugong. Dingoes are very good at fishing and enjoy chasing birds, and you may be lucky enough to witness one at work. While known as a carnivore, the dingo is actually omnivorous, meaning that it enjoys a variety of nuts, seeds and berries that it finds along the scrub behind the dunes.

While dingoes are not a pack animal, they have a complex family group which consists of the Alpha Male and Female (parents, who have bonded for life), their offspring from previous years, and new pups. As the pups grow up they become part of a loose hierarchy which determines the pecking order of the group.

All members of dingo packs are important — even beta and gamma members have their vital roles to play with in the pack — and removing these individuals can cause complete breakdown of pack structure. 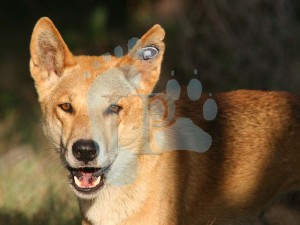 How Dingoes Raise Their Young:

Breeding Season on Fraser Island generally commences in May, and this is the time that existing bonded pairs mate, or new dingoes meet and form bonds. Gestation is 63 days and during this time the dingo family searches out a safe area for a den and begins to cache food for the new pups. Pups are usually whelped (born) in mid July. During the first three weeks the alpha female stays at the den and the other pack members provision her by regurgitating food for her or delivering carcasses to her. The role of the whole pack is vital at this time, and subsequent stages of raising the pups.

As the pups grow older the mother leaves the den and goes hunting. Alloparental helpers (other members of the pack) take sentry duty at the den and watch over the pups. The whole pack hunts and provisions the puppies by regurgitating food for them. And the mother continues to nurse for up to 3 months. (I have seen a dingo bitch regurgitate for pups that are 6 months old.)

The entire pack is involved in raising the young and every member is vital.  When dingoes are killed/destroyed, the resulting breakdown in pack structure  causes strong cohesive packs comprising several generations of dingoes, to be destroyed. It also puts new puppies lives at risk. 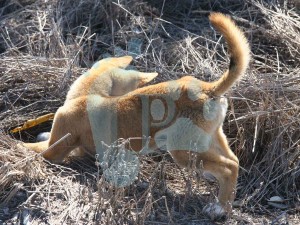 Dingoes have a long history of companionship and sharing food with humans, going back to Aboriginal times when they spent part of their time out freely hunting, and other times lay around camp 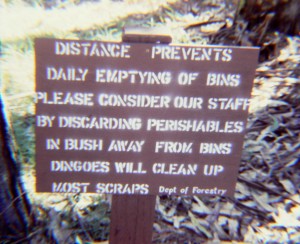 sites. Under the Forestry management, dingoes were allowed to scavenge in food dumps, and campers were encouraged to leave their scraps out the back of their camp sites for the dingoes to ‘clean up’. Forestry workers even wormed them!

Dingoes know that humans are an easy way to get food, and you will often see a dingo watching fishermen, and waiting for free fish. Dingoes also occasionally tour through campsites and sit of the periphery of a camp, watching and waiting for an opportunity to be given some free food or to find some left over scraps. In most cases dingoes simply sit back beyond the light of the camp and watch. If a dingo chooses to sit near you feel very honoured and enjoy its company but do not try to approach the animal, and don’t try to lure it with food. Dingoes do not like to be patted so please never reach out you hand to pat them, especially over their head. This is seen by dingoes as threatening behaviour.

Dingoes are shameless thieves, and will take any opportunity to steal whatever they can from you. This is not because the item has your scent on it and they see it as a food item, it is because they love to play with whatever new and novel item they can find. Do not leave your thongs outside your tent, or leave anything out of your vehicle that you can’t afford to have stolen. This obviously includes food, but also includes sleeping mattresses, which they love to tear up into small pieces, and anything else you own including expensive camera equipment! 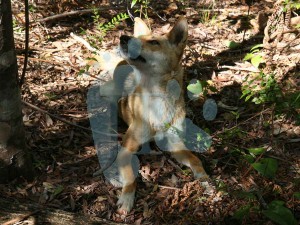 The way dingoes instigate play is to run at a sibling and land a great big bite on its body somewhere.  When juvenile dingoes rush at people on the beach they are not necessarily racing in for an attack; they may be running over to start a play fight. If you ignore dingoes they usually retreat to play amongst themselves. 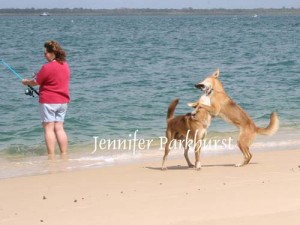 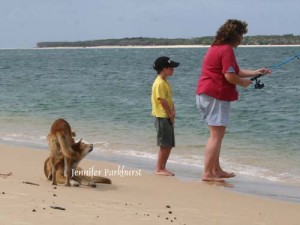 When the subject of the invitation to play is a young child, the incident can become more serious – due mainly to the fact that children are so small and are more easily hurt than adults. So for the safety of both children and dingoes, do not leave your child unattended at any time while on the island. Most incidents that occur happen when the parents are at a distance from their child. 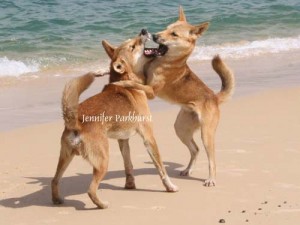 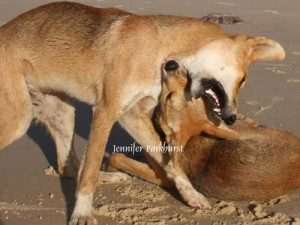 Part of dingo play behaviour is an activity called ambush or rushing. This is where the dingo suddenly rushes at a sibling, bowling him over, which instigates a play fight. Play fighting consists of mouthing, nipping and biting each other, as with all dogs. Dingoes unfortunately do not understand that our skin is not as strong as theirs and that we don’t have protective fur.

The most favourite game of the dingo is chasey. Therefore if you attempt to run away from the dingo it will immediately take chase. In doing so it will most probably nip or bite at your ankles. Likewise NEVER run into the water. Dingoes love water play and a person in water excites them.

If a dingo approaches you with play-type behaviour, do not respond. Stand still, look the dingo in the eye, and back away if you feel you need to. If a dingo follows while you are walking, turn to face the animal and walk backwards slowly until it gets bored and moves away. Do not over react or move suddenly, as this will excite the dingo into further play. Do not run towards the surf.

Dingoes are not aggressive by nature and do not attack people for no reason, so don’t be alarmed. They are however very gregarious, playful animals. Dingo play can look very aggressive but is in fact benign.

Dingoes hate being ‘told off’ and in my experience quite often sulk for hours afterwards. So a stern word is usually all it takes to send them scurrying away with their tails between their legs.

Correct behavior results in calm dingoes that play amongst themselves.

The best reason for not feeding dingoes and not encouraging them is that if QPWS sees a particular dingo interacting with people on too many occasions, it becomes classified as a ‘problem animal’. Problem animals have 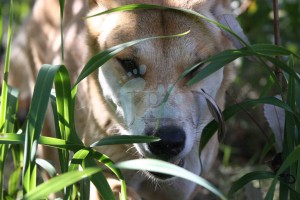 reports made against them, and can eventually get destroyed. So for the sake of the dingoes on Fraser, enjoy seeing them in the wild, take as many photos as you like, but please don’t encourage them to come near you or your vehicle. And remember, any sightings of dingoes that you report to QPWS staff are written down and can be used against that animal in the future.

IN THE SEVEN YEARS I HAVE BEEN WORKING IN CLOSE PROXIMITY TO DINGOES ON Fraser Island I have NEVER been attacked or ever felt threatened by a dingo. if you follow the above advice neither will you.

E-MAIL MKRAIL@BIGPOND.NET.AU TO ORDER or buy through PayPal at the shop: http://savefraserislanddingoes.com/shop/product/jennifer-parkhursts-book-vanishing-icon/